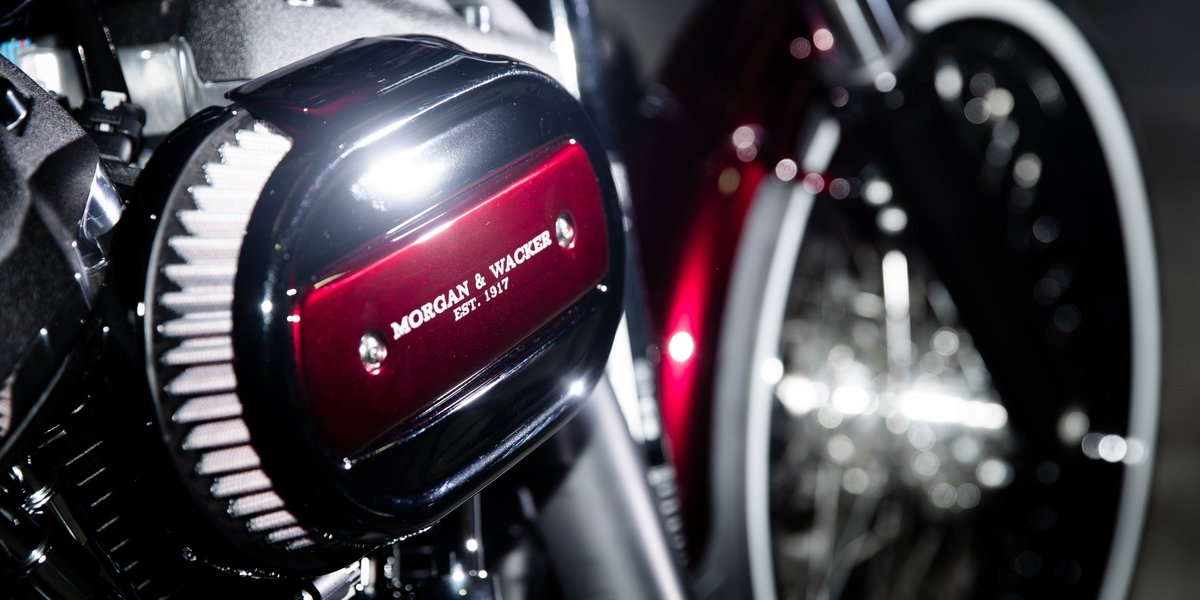 We’re proud to present our latest custom creation and entry into the 2018 Battle of the Kings, the FXGT: ‘Original Sin’.

Creating a custom bike isn’t about throwing an aftermarket parts catalogue at a bike and calling it a day. The FXGT is the brainchild of Glenn Taylor, customisation specialist here at Morgan & Wacker Harley-Davidson®.

To Glenn, the challenge involved in creating a custom bike based almost entirely on OEM Harley-Davidson parts was the foundation of this very build. Original Sin aims to give the impression of a factory finished bike that pays homage to the original ’71 FX Super Glide®; considered by most to be the first true custom bike produced by Harley-Davidson®.

Modifying the FXBB Street Bob® into something uniquely special began with improving the front end stance. Extended forks and ’17 Dyna® Wide Glide® fork tubes were fitted to provide 2″ of lift.

A 21″ rim was then re-laced onto the factory front hub to further lift the front and wrapped in white-wall tyres.An XL Sportster® tank lift was fitted along with ’17 Softail Slim® handlebars to bring the tank up to match the front end, and to drop the bars down. We finished off the front with the slick Night Rod® Special headlight & cowl.

The rear end was then customised, deleting the tail light assembly and replacing it with LED indicators with integrated brake lights for a clean finish.

A Harley-Davidson White Diamond solo seat is not only a feature piece, but provides the rider with a comfortable, form-fitting riding experience.

The engine saw a reduction of the usual lavishings of chrome in favour of black, which also included a customised Vance & Hines Hi-Output Grenade exhaust for a unique aesthetic. A Screamin’ Eagle® Ventilator air cleaner kit with a customised, Morgan & Wacker fascia piece finishes off that side of the bike nicely.

The paint colour chosen was Kandy Burgundy from House of Kolor, giving a midnight purple hue in the shade; but coming alive with a gorgeous deep maroon leaping off the bike when lit by the sun.

The end result, a full custom built motorcycle that utilised 3 full A4 pages of Genuine Harley-Davidson® parts and only 10 individual (albeit customised) aftermarket parts. 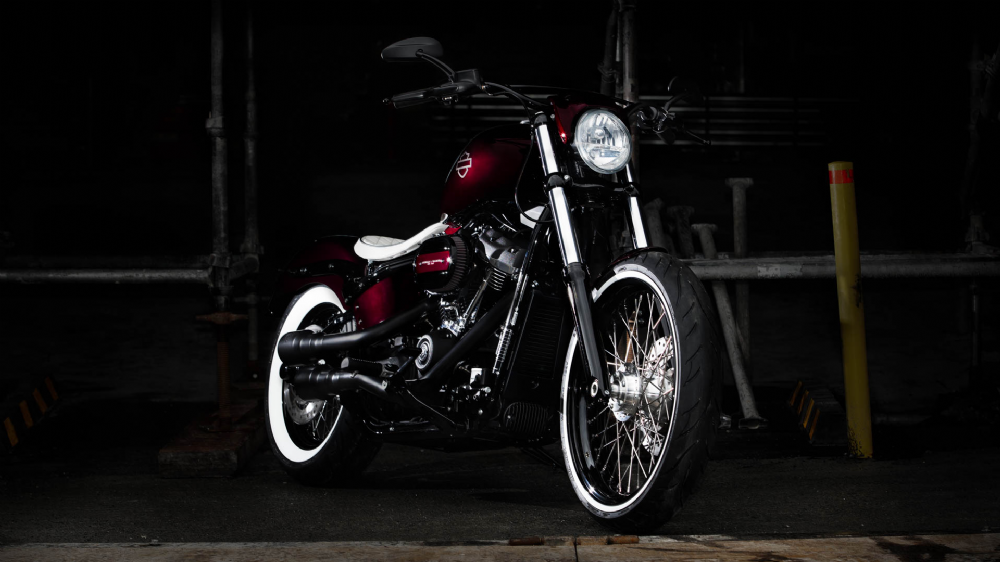